As one of the Swahili coastal nations, Tanzania enjoys a deserved reputation for being one of the finest safari destinations in the world. From volcanic highlands and Africa’s highest peak, Mount Kilimanjaro, to some of the world’s largest game reserves including the iconic Serengeti National Park, and not to mention the white sandy beaches and crystal clear waters of the fabled Spice Islands of Zanzibar. Home to peoples of many different origins, their diverse cultural influences can be seen throughout the region, ranging from the original Bantu settlers of Southern Africa to the Arabs of Oman and Persians from Shiraz; and from the Portuguese and Germans to the British and Indians.

This tour combines the best of safari, trekking, cultural history and the island experience all in 11 days. Our adventure includes staying in an array of clean and comfortable accommodation, including hotels, mobile tent camps and safari lodges. We will also be travelling on 4x4s, boats, buses and airplane, across the different terrains that characterise the East African region.

In the game parks, we will experience the companionships of elephants, rhinos, lions, cheetahs, hippopotamuses, giraffes and baboons, plus all kinds of birds and common prey such as zebras, impalas, antelopes, buffalos and more. We trek in the foothills of Mount Kilimanjaro and visit local villages and communities, including a Muslim girls school. Finally, we explore the historic Stone Town in Zanzibar, where we have the opportunity to taste local herbs, spices and exotic fruits, relax on the sandy beaches facing the Indian Ocean, and perhaps go sailing in a traditional dhow.

Islam and Muslims in Tanzania

Muslim communities make up over one third of the population, mainly along the coastal regions. Islam arrived around the 9th century as part of the Indian Ocean trade network which reached as far as Java in Indonesia. Zanzibar became part of the Kilwa Sultanate, and by the time the famous Muslim traveller Ibn Battuta had visited East Africa in the 14th century, Islam had become very much woven into the fabric of society and Arabic was the predominant language of literature and trade.

By the 16th century, the Portuguese through Vasco Da Gama invaded and colonised the region but were eventually ousted by the Sultan of Oman who ruled the region and helped further the spread of Islam into East Africa. While many tribal chiefs and local communities embraced Islam, this period also sadly coincided with the East African slave trade. The gradual mixing of the peoples and cultures along the East African coast led to the development of the Swahili language, which has many Arabic loan words. During the 19th century, colonisation continued through the Germans and British until the independence movement, where Muslims played a vital role, eventually resulted in the formation of Tanzania. Since then Muslims have continued to contribute in developing the nation, from sociopolitical, economic and cultural perspectives.

Our local partner and guide is Fransisca who has many years of experience of taking care of visitors to the region.

This package includes airport transfers and all local transportation featuring a 4×4 vehicles, minivans and cars. Also included are accommodation, daily breakfast, specific meals, entrance fees, and experienced professional tour guides. Itineraries may be subject to small modifications depending on the size and composition of the group as well as local circumstances at the time of the trip.

Overland journeys may be tiring and sometimes uncomfortable due to variations in altitude, temperature and humidity. A basic level of fitness is therefore required to fully benefit from this experience.

These can be arranged at additional cost subject to availability.

Although international flights are not included in the package we will advise you on the best options that fit in with the tour programme. Upon arrival in Tanzania our local partners will look after all transportation arrangements.

Participants will typically spend 1-2 nights at each location in a combination of 3 or 4 star hotels and safari lodges. Rooms include en-suite bathroom with shower and toilet. 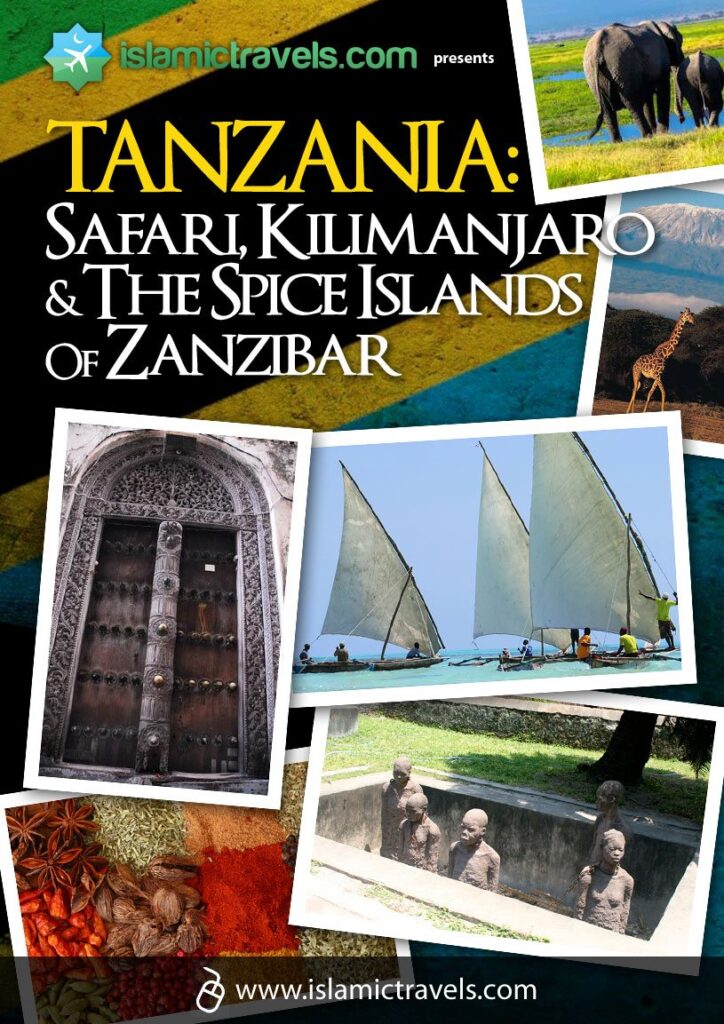